164 Million Americans will shop in the next 5 days

Today is November 22nd, 2018 most famously known as Black Friday. According to the National Retail Federation, more than 164 million American consumers plan to shop over the five-day Thanksgiving weekend with most of them shopping on Black Friday. This Black Friday is very special for me since it is officially the first Black Friday that I have ever missed. It was a tradition for myself and sometimes other family members to go out at oftentimes at 5 in the morning in anticipation for the amazing sales and finish up early Christmas shopping. These enticing deals were filled with more dopamine in one day than a person could ever hope for. The long lines the crowded malls and the high temperatures were no match for the thrill of coming home with a car full of stuff. 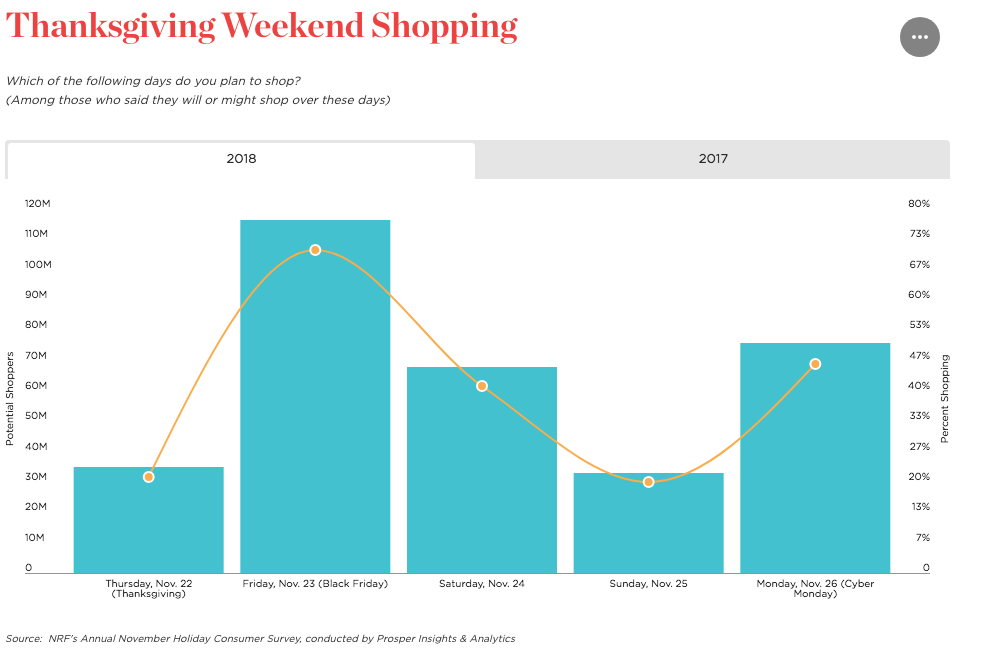 I officially stopped shopping or making any purchase not 100% necessary for survival as of April 1st 2018.  What started out as a 90 Day spending freeze challenge as continued all the way to Black Friday for me and my family.  One of my friends after reading to Get Rich Slowly decided to sell her house, downgrade her entire life and stop spending for 90 days. She eliminated restaurants and shopping but not vacations and good home cooked meals. After moving to her new house she told me she cried every day for a month(her husband did too).  Everyone one including her family and friends told her she was crazy and was making a mistake. Once she overcame the shock of living in a smaller home and living in a more modest neighborhood the reality of her expenses suddenly reduced made up for the fact that she was no longer living a life of luxury. After hearing the story I was inspired and decided to follow suit.

On April 1st 2018 my wife and I decided to no longer spend money on anything that didn’t drive meaning in our lives. I left this question open for interpretation as to not totally shock my wife. It didn’t work. She was disappointed with me for at least a month as we stopped eating out 3 to 4 times a week but I tried to make it up for it by helping her cook is as often as I could. As parents of children who have a lot of activities after school, we tend to spend most of our evenings driving them to and from jiu-jitsu, counseling, religious school or Boy Scouts.Cooking all our meals at home it took a lot more planning at first.  But after 30 days of tracking our spending, we quickly reduced our budget by over 25% and the adjustment became much easier. By the third month, most people revert to their prior behavior and habits. I am no exception, as the budget slowly crept up again. The difference between changing habits in the past and now was that we used online tracking software like mint.com or personal capital.com to follow our progress. This made all the difference and we were able to reduce or spending once more. 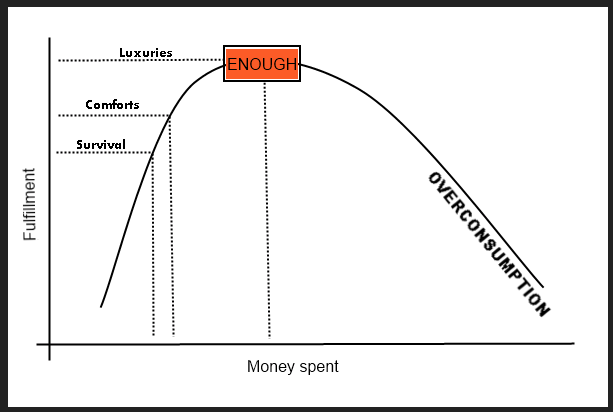 Around the same time, we both read “Your money or Your life” by Vicki Robin and came to terms with the concept of “Enough.”   In fact, we decided we had more than enough in our lives in terms of possessions. We are now at the point where we realize that we need to reduce what we owned by at least 50% if not more.  Since we are naturally moving toward minimalism, going shopping now seems nauseating. The final thing that we need to do is once we eliminate half of our stuff will be to cut our home in half and hopefully at the same time eliminate our mortgage payment.

Fear of missing out

I must admit, the one thing I did do on Thanksgiving Day was browse all the sales flyers online from all my favorite stores. I try not to live a life of regret but when I saw a television over 50 in selling for less than $250 I wish I would have saved my money 12 years ago when the same television cost over $5,000.  IF that money would have been invested in 2007 then it could have been worth at least three times that amount. Breaking habits that have been in place for over 12 years still is not very easy and I can’t help it have a sense fear of missing out when I go to work on Monday and everybody tells me what amazing deals they had.  It won’t be easy but this time I will say nothing, smile and think about what future I have created for myself and my family though delayed gratification and the hope of an early retirement.