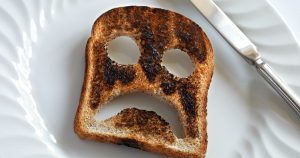 After returning from 14th Annual Non-clinical Careers for Physicians(http://store.seak.com/) I am shocked and amazed from all that I have learned!   After practicing medicine in anesthesia for 15 years and acting as the medical director of my department for 5 years one thing is apparent, the delivery of quality healthcare can be daunting, and the demands placed upon physicians are ever increasing.  Now, this is coming from an anesthesiologist.   After speaking to many colleagues from virtually every specialty at SEAK, I realize I have much to be thankful for in my career.   I have 8 weeks of vacation,  with 1 week of CME, and make a handsome salary at 75% of MGMA national data in 2016.   Likewise, I work in an equitable group who treat call and clinical responsibilities very equally and democratically.   We have never had any income disparity between any members of our department with the exception of taking extra call for cardiac cases.  The work itself can be very professionally satisfying and challenging working at a regional level 1 trauma center.  Yet, despite all this, there is a sense of reflection looking back over the years of training and working as an attending and asking the question, “Is this all there is?”

As a physician, accomplishing goal after goal comes to us naturally and the path of medicine lays it out perfectly for you.   Complete each step to get to the next, then when you reach the final step of becoming a practicing attending, the next step is 30 years out and ends with either retirement or death.   This view can be seen as cynical, but I am not alone in pondering this very question.   Medical school prepares us for many things, such as how to become a competent  clinician and clinical investigator.  Even back in my training, they were teaching compassion which prior to the 1990s was rare if not non-existent.  However, we are not taught very crucial and fundamental skills like negotiation, communication, business acumen, or how to live a genuine life with resilience skills.  Therefore, there exists a real risk of medicine not living up to the expectations we had prior to starting medical school, resulting in BURNOUT.

At SEAK, my eyes were opened to the conditions other physicians have to bear, the message resonated with me and every story I heard echoed the same.  Physicians are burned out, and after reading The Doctors Guide to Smart Career Alternatives and Retirement, by Dr. Cory S. Fawcett, it appears it happens at an alarming rate.  In his book he quoted data from Merritt Hawking showing that of the surveyed physicians 17.6% are considering transitioning out of medicine all together.   The SEAK conference perfectly demonstrates this attitude with attendance numbers increasing every year.   Likewise I have daily conversations with medical colleagues, who also feel disenchanted in one way or another and a super majority have actively steered their children out of medicine!  I guess, then, the question becomes WHY? Is it the ever increasing regulatory burden of healthcare?  Is it the constant burden of compliance paperwork to either insurers, billers, or administrators?   Has the patient population evolved to the point of total dependence on the healthcare system to help them overcome medical illnesses and crises that are entirely avoidable through diet, exercise, and other healthier life choices?   Or is something else going on?

During SEAK, I met many generations of physicians.  The baby boomers I met were full of life, and most still seemed to love clinical medicine.  Of those to whom I spoke, they attended SEAK as a way to transition into retirement in order to keep producing and working well beyond their clinical years.  One conversation with a very enthusiastic family medicine doc said she wished she could see MORE patients each day, despite entering her seventh decade, but her hospital system would not allow it.   Another cardio thoracic surgeon I met who was in his mid 60’s was still taking full call at a very busy metropolitan hospital without any complaints.   His concern was the alarming rate of change in the healthcare system such that many of his partners had decided to leave for one reason or another leaving him alone to bear all the call and responsibilities.   He, like the energetic family practitioner, needed a transition plan but wanted to continue to be productive and contribute to society.

The other generation I met were the millennials.  What a fascinating group of physicians!  This group practice life and work on their terms and anything short of this is simply not acceptable.  Of the several I met all came to SEAK to look for options in healthcare.  Most already were practicing medicine on their terms.   The most common example was a young physician 5 years out of residency who would rather travel and take on locum tenens assignments than join a practice or become a hospital employee.   When I heard this I GASPED and my jaw dropped.   The idea of not having a solid and secure job stood as completely foreign to me.   I have had the same job for 12 years and although I don’t entirely like it for a variety of reasons, the idea of freelancing seems daunting.  Yet to the millennial the idea of being controlled by a 3rd party remains completely unacceptable.   I met one couple who both practice medicine of differing specialties and both only practice locums!   The millennials for the most part take this lifestyle with stride and really enjoy it.   In a world of infinite possibilities they look at the world as a series of choices and options.  IF something doesn’t work, move on to the next one, no big deal, the end of a job DOESN’T mean the end of your career.

So where does that leave me, Generation X?   We are sandwiched between the two very different philosophies.   We started working in the world of the baby boomers early on as medical students and slowly over the course of 20 years the workplace and Medicine as a whole shifted right underneath our feet.

After returning from a trip to Mexico City in April, I reflected on what I witnessed while visiting family.  During the trip, we traveled all over the city visiting many amazing historical landmarks like the National Museum of Anthropology, the Basilica of Our Lady of Guadalupe , and many others.  On one particular trip we were driving through the city to our destination and the most amazing thing happened – just a quick foreshadow of life in Mexico City.   As one of the most populated cities in the world, one thing stands out above all else, there are numerous people driving numerous cars.  The driving style in Mexico can only be described in as one word: chaotic.  Millions of people making every attempt to get to their destination at any cost, and given the multitude of obstacles they face, their driving style tends to be aggressive.  Needless to say as a pedestrian you must take every measure to avoid getting plowed by one of those millions of drivers.  …Back to the story…  On our trip we approached a hospital on what appeared to be a very busy and congested road.  On the left several medical students and residents filled the front of the hospital patio in what appeared to be a mass exit for lunch.  Like in the U.S., Mexican students and residents wear white coats with multiple emblems showing their rank and position in the hospital.   Leading the pack stood an older physician, who donned a long white perfectly pressed and bleached white coat.  He walked with amazing confidence and prose until he reached the edge of the road.  He intended to cross the street to a parking structure.  With one step he slightly glanced at on coming traffic and took his first step in to a very busy road of countless vehicles.   The next thing that happened blew my mind.  All the cars stopped just as if he had parted the Red Sea!   He walked confidently and calmly across the road and into the structure.  I asked my cousin who was driving what had happened.  He said in Mexico physicians, the healers, maintain one of the highest social statuses of any other profession.  Here, he said, if you can become a physician you will become the honor of your entire family.  Taking this all in, I understood and reflected on what it means to be a physician in the U.S..  I remember a time when becoming a physician really meant something special.   I remember as a medical student feeling this way toward my attending physicians.  They were like astronauts and rock stars with a touch of royalty.   I thought getting into medical school meant I would get to join the ranks of these amazing people.  Sadly, I am not so sure we carry as much influence as we once did in the community, hospital, or even society.

So what happened to the gen X physicians?  Was it healthcare reforms, corporatization of medicine, evidence-based medicine, big pharma, hospital consolidation, 3rd party insurance consolidation, malpractice, or was it a combination of events?   In a world of every increasing demands, with an ever-increasing body of medical knowledge one thing seems to be true,  Generation X seems to be burning out and unfortunately lack the tools to reinvent, restructure, or resuscitate their medical careers.  Unlike the prior generation who had the benefit, like present day Mexico, of having a very well-developed sense of purpose and total society support.  Physicians seem to be more like commodities who serve organizational goals under the corporate umbrella.  For the millennials, who have only known and understood it to be this way, the solution resides in marketing their services as a commodity, and like a free agent, sell it to the highest bidder on their terms.   Living within the reality of present medicine and promises of the past creates cognitive dissonance in the Gen X physician’s mind, which if not resolved will drive them crazy and result in burnout. Therefore, we must find our path before something happens that destroys our career, family, or even our life.

Attending SEAK, listening to Steven Babitsky, James Mangraviti and all the mentors speak has helped me gain a better understanding of why this is happening and what steps can be taken to correct the course of a unfulfilling medical career.   One take home point, as a physician you have endless options and opportunities utilizing all your medical knowledge and training which can be used to enrich you financially, intellectually, and emotionally.  If you find yourself going down the dark road of burnout, do yourself a favor and get help immediately.  It will not get better without guidance, and by all means, weigh your options.  Not going into detail about the course, I highly recommend it without reservation to any physician who would like to be presented with career options outside of clinical medicine.