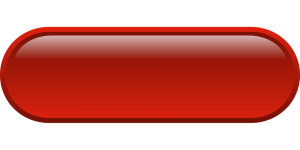 So, my all time favorite movie was and still is The Matrix.  Despite the politics of the Wachowski brothers, the concept of the movie is utterly fascinating.  What is the Matrix?  It a system of control, with the participant actively accepting that control through clever manipulation and a token reward system, keeping the whole thing going.  The flaw in The Matrix is choice.

Morpheus: This is your last chance. After this, there is no turning back. You take the blue pill – the story ends, you wake up in your bed and believe whatever you want to believe. You take the red pill – you stay in Wonderland and I show you how deep the rabbit-hole goes.

If you take the red pill it is a choice which leads to a series of choices that could ultimately lead to truth and freedom.    The blue pill is also a choice but it is a choice not to choose, thereby letting others choose for you.

So anyone can choose to take the red pill but sometimes it is much easier to swallow than in other circumstances.  Take for example the FIRE concept of having enough money to last for a period of time longer than a predetermined set of time.  Most agree 25 years worth of living expenses would constitute a starting point.  So If I wake up tomorrow and didn’t want to go to work because of a bad boss, job, work environment or whatever, choosing to quit or making demands of your employer becomes easier.  FIRE = Options = Choice.

The opposite would be taking a job right out of college or residency and buying the most expensive house and car that your credit will allow you to purchase.  Now the bills rack up and don’t forget all that student debt.   DEBT = Less Options = Less Choice.  To be fair everyone always has a choice but in the later scenario the choice of quitting work will lead to much more severe consequences.

The Journey to Medical Directorship

So, to close the loop and on to the title…  This past Monday I gave my 90 days notice on to my first job, after practicing medicine there for 12 years.  I had been contemplating the idea of leaving for some time, and subconsciously found myself looking at the Job Boards a bit too often.   This was especially true after very long and difficult days, when I just wanted to go home and never come back.  I was on the road to burnout and I didn’t even understand why.   So rather that getting to the source of the problem I decided to invest in myself by attending leadership training classes provided by my organization and decided to become certified in transesophageal echocardiography.  So after working very hard at improving myself and getting certified, I developed a very strong sense of accomplishment.  During this period I participated in numerous departmental activities, and consequently took on the role of Vice Chairman, and then the department Medical Director.   My career took off, and I began to be recruited by some higher ranked administrators of the hospital.  As the Medical Director, I originally believed I would have some control over the operations of my department.  What I soon realized, was the reality of my position.  My non-clinical role was not that of an agent of change, but rather I was an instrument of the hospital administrators.  The hospital wants and values your opinion, as long as it is in alignment with the dogma of the organization.

Here in lies the problem during this journey I decided to study leadership, economics, psychology, philosophy and read anything that would enhance my job and found that industry best practices were not necessarily followed in my organization.   Then, the real eye opener was discovering the Tim Ferris podcast and reading the 4-hour work week.   Tim basically introduced me into a world where you are given choices which if taken could change the way you viewed life, and subsequently how you choose to live it.   I decided four years into my medical directorship to start exercising freedom of choice.   So, rather than agreeing with the standard dictum of the organizational leaders and historical dogma, I challenged beliefs, ideas, concepts and ultimately the people who worshipped them.   So, as anyone could probably guess… this did not end very well.

People tend to take a defensive position when they feel attacked, and use their connections and resources to insulate themselves from the assault.  And above all else, the survival of the existing dogma and organizational leadership demands not breaking the chain of command.   By systemically attacking a single link which if broken could lead to organizational disarray, the higher chain will ultimately protect the lower chains almost at any cost.  In my case, I challenged a sacred belief of the staffing model.  The staffing model in medicine has been in place for some time and the basic premise is you only have just enough staff to get the job done – run as lean as possible until something breaks.  I personally have seen it break several times and it is never pretty.   I like to call it the cyclical staffing crisis, where the work ramps up in very unpredictable ways until people reach their breaking point.  Usually the pressure subsides and then everything goes back to normal.  If not, the system collapses and many people quit and moral tanks making the working environment miserable.   I not only challenged the model, I attacked the very concept of the staffing model.   This made serious waves throughout the organization, such that the the chief operating officer and the operating room manager attended a meeting a few weeks later to defend our staffing model.  The message was loud and clear, things were to remain the same…period.   The chain in this situation did not break.

Sometimes when you attack a problem, You become the problem!

Despite this, I felt great since I exercised choice – not accepting the status quo.  Becoming an instrument of change is both challenging and rewarding but also very very dangerous, and history has proven this time and time again.   Within a month of the meeting, my department manager notified me that my term was up and the hospital and medical staff wanted to give the opportunity for others to try out the role.   I was also told that this was happening in all the departments, not only mine.   So, I was invited to reapply for the position.   I knew what was happening, and since I had my newly found freedom of choice, I decided not to apply.   Soon thereafter my position ended and I was replaced, except for the fact that not one single other Medical Director was replaced.  No character assassination, no fight, no legal recourse, no firing, no one on one feedback or evaluation…nothing.   It just ended and they won, the system of control was triumphant.

Non-clinical careers are an option for Burned-out Physicians.

I still had choice, and my clinical job, but without a directorship or leadership role except informally, I started to feel defeated.  Unfortunately, my clinical  job didn’t give me a sense of accomplishment.  I continued to give council to multiple members of the medical community.  I continued to have multiple sympathizers who wished to have me take on new leadership roles but they would require for me to continue to work within a system I no longer trusted.  Instead I used my experience and knowledge to branch out to others who had similar experience in Healthcare.   After researching extensively, I decided to look at alternative careers in medicine.  I found multiple resources leading to endless possibilities.  The most interesting and promising was attending the SEAK conference on non-clinical careers, in Chicago.  Here, there were hundreds of physicians who were searching for something either outside of medicine, or a side hustle.   What was most alarming was the degree of burnout many physicians were experiencing, and how many were determined to exit their medical careers.  During one of the presentations on executive and career coaching, I realized this was something I had been actively doing for years, and really enjoyed.   After meeting and networking with some amazing people, I had my new pursuit and I wanted to start immediately.

Time is Finite, please use it wisely.

My next pursuit would be slow to start, due to family obligations and the ever increasing work fluctuations which left me tired at the end of the day with very limited free time.  I decided that time was more important that money and the only way I could develop my new skill would be to actively learn and practice.  I joined a physician consortium ran by Dr. Michelle Mudge-Riley teaching physicians the skills to become a physician coach.  I realized something  had to give, so I reached out to my department leaders and hospital administrators to reduce my work hours in exchange for less pay.  This sounds much easier than it was in practice, and I experienced resistance from many fronts.  Since the part-time position or reduced hours didn’t exist in my practice, it would have to be created.   The only problem is I am the primary person in my department who would routinely create anything.  I designed a part-time track position based upon a similar model one of my friends had designed at a different hospital,  I created the spreadsheets, crunched the numbers and created a proposal to the organization which was revenue neutral, per the requests of the administration.   My plan was well liked and accepted by most of key stakeholders but when it came to implement the plan was partially sabotaged by others in my department due a variety of reasons.  Then it hit me – once you are in the hospital “Matrix” and living the life of a blue pill person, the only way to change the system would be to have others take the Red Pill – but they usually choose Blue.

An Alternative to leaving medicine is going part-time.

One week later as luck would have it, a friend who worked at another hospital had a opening and they would give me a part-time position day one!  I knew that leaving my job would be very stressful and difficult.  However, I also knew changing the current system and culture from within my own organization would be near impossible.   After much contemplation and weighing each choice, I decided the best course of action would be to take the new job.   This decision has accomplished two very import goals.  First I wanted to go part-time to pursue interests outside of medicine.  Second the new job gave what I desire most, more choice in terms of call, vacations, shifts, etc.  Going forward time will only tell if the decision is the correct one, at least I can say with certainty it is my own choice.